Malocclusion is a fairly common, albeit highly treatable dental condition that plagues thousands of people across North America. Whether you feel varying degrees of discomfort or pain when you’re trying to bite into or chew your favourite foods or you’re simply too embarrassed to show off your pearly whites because of how crooked they are, then you may be suffering from malocclusion of the teeth. Keep reading to learn everything you need to know about this condition, what the symptoms are, and how it can be corrected. 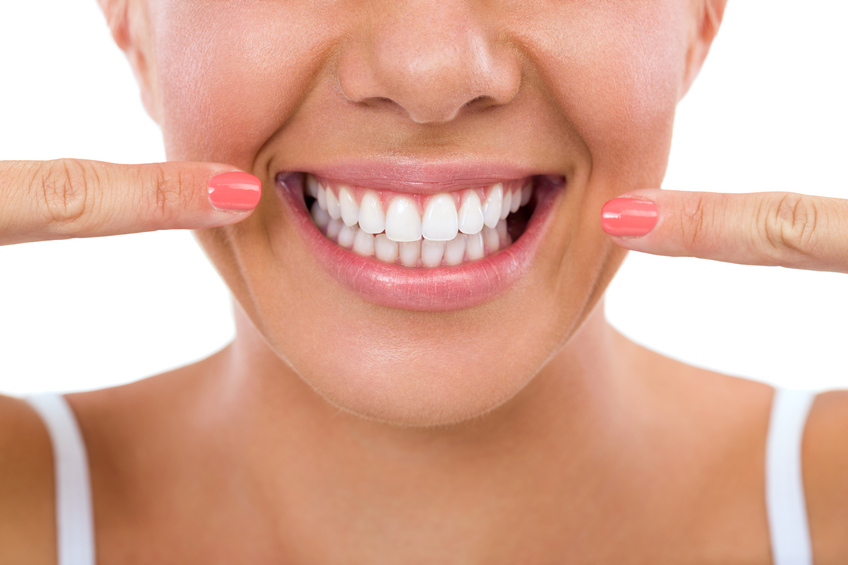 In order to understand what malocclusion is, you must first know the meaning of its root word, occlusion. Occlusion is the technical term that refers to the proper alignment of your teeth within your oral cavity. Since malocclusion is the opposite of occlusion, it basically means that for one reason or another, your teeth are misaligned. Although certain forms of malocclusion may seem benign, they can actually lead to a series of different dental and medical issues such as vitamin and nutrient deficiencies as well as digestive problems.

Malocclusion is an umbrella term that embodies a wide range of different dental problems. Basically, any form of misalignment in the jaw or the formation of your teeth can be classified as malocclusion. These typically include the following:

If you’re experiencing discomfort or trouble with properly chewing your food due to any one of these conditions then you should consult a dental professional immediately for malocclusion treatment.

Malocclusion can result in a wide range of other dental and medical problems including disrupted speech patterns and tooth decay. After all, the alignment of your teeth plays a significant role in how you’re able to pronounce and enunciate words. This is largely because when you speak, your tongue moves to different positions throughout your oral cavity in order to make certain sounds possible. However, if some of your teeth are blocking certain parts of your mouth, then this can prevent your tongue from adequately moving around and it’ll sound like you’re mispronouncing words, mumbling, or developing a lisp.

Large gaps between your teeth or crowded teeth (having too many teeth in your mouth) are two different malocclusion types that can also cause serious oral health problems, namely tooth decay. The reason for this is that food particles can get stuck in extremely hard to reach parts of your oral cavity, making it difficult to remove them even with regular flossing and brushing.

Symptoms typically depend on the type of malocclusion you’re experiencing. The most common ones include misaligned teeth, unexpected structural changes to your face, inadvertently biting the tongue and cheeks on a regular basis, discomfort or pain when biting or chewing food, developing a lisp or speech impediment, frequent headaches, breathing through the mouth instead of the nose, and so forth.

In most cases, malocclusion is hereditary, which means it’s passed down genetically from one family member to another. However, there are also some external conditions and bad habits that can result in this dental affliction. Habits such as continuing to use a pacifier or baby bottle nipples past the age of three, being born with a cleft lip and palate, sucking your thumb during your early childhood years, suffering jaw injuries that cause misalignment, and poor dental hygiene can all be contributing factors.

How to Correct Malocclusion of the Teeth

The majority of malocclusion cases are fairly mild and don’t necessarily require any treatment unless the patient requests it. However, in cases of severe malocclusion that has the potential to lead to periodontal disease or other types of ailments, your dentist may refer you to a specialist. The type of malocclusion treatment you receive will depend largely on the nature of your condition.

Typical malocclusion treatment can include getting braces to straighten out your teeth; removing a few teeth to correct crowdedness in your mouth; capping, reshaping, shaving down, or bonding teeth; jaw surgery and stabilizing the jawbone with wires or metal plates.

Of course, just like any mild or major medical treatments, there is the risk for complications and side effects. For instance, you might endure some pain or discomfort throughout the treatment and recovery period. Sometimes, braces and other dental appliances can even cause irritation in the mouth, especially if they rub up against the cheeks and create friction. You might also experience some difficulty with speaking or chewing your food immediately after the treatment. However, these issues should subside within the first two weeks following treatment.

1. Can malocclusion lead to tooth decay?

Yes, if left untreated for too long, malocclusion can lead to severe periodontitis and tooth decay.

2. Can malocclusion cause headaches?

Yes, malocclusions can be responsible for severe tension headaches because both the upper and lower parts of the jaw are directly connected to and controlled by the temporomandibular joint. Jaw movements can become extremely strained in light of severe misalignments and this places a great deal of pressure on the temporomandibular joint, which patients experience in the form of headaches.

3. Is malocclusion a genetic condition?

Yes, many people who suffer from malocclusion are genetically predisposed to it.

4. What is an open bite malocclusion?

An open bite malocclusion is an orthodontic abnormality that occurs in less than 1% of the population. It’s when the upper teeth don’t vertically overlap the bottom teeth like they’re supposed to, making them look like they’re being pulled backward.

If you think you might be suffering from any form of malocclusion, then Princeview Dental Group in Etobicoke can help correct this problem! Contact us today to schedule an appointment with our dental professionals!