Root Canal Myths Debunked: Why Getting a Root Canal Isn’t as Scary as You Think
Tweet

Root Canal Myths Debunked: Why Getting a Root Canal Isn’t as Scary as You Think
Tweet 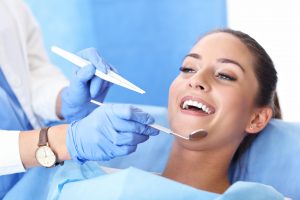 For many dentophobes (people who experience an irrational fear or anxiety when visiting the dentist), getting a root canal is their absolute worst nightmare. And it doesn’t help that there are a lot of negative depictions of root canal treatments and what they entail. Most of these root canal myths are misconceptions that are perpetuated by modern pop cultural portrayals of dental practices and they aren’t based on fact.

While it’s doubtful that getting a root canal is on the top of anyone’s list of favourite things to do, it doesn’t mean that the procedure is as painful or uncomfortable as it’s often portrayed to be. To clear the air, let’s discuss a few of the most common root canal myths and facts here.

Root canal treatments are often associated with unbearable pain. Oftentimes, we hear people uttering the phrase “I’d rather get a root canal than (insert painful or unpleasant activity here)”. That would be a pretty harsh statement if it were accurate.

The reality is that root canal treatment—although not necessarily a pleasant experience—relieves the pain and discomfort that you feel from having an infected or damaged tooth. So, to put it bluntly, no, root canals don’t cause pain; they alleviate it! The purpose of a root canal is to remove pulp, which is the infected tissue located in the root of the tooth, through a narrow incision that’s made in the affected tooth.

Local anesthesia is applied by your dentist or endodontist to numb the area and prevent you from feeling pain. Even though you might feel a slight sensation or minimal discomfort during the procedure, excessive pain is abnormal and might actually indicate that the infection is a lot worse than originally anticipated. In short, it has nothing to do with the procedure itself and everything to do with the fact that your tooth is infected.

Myth #2: Root Canals Can Cause Illness

This is another modern day myth that’s rooted in a completely false premise. It started in the 1920s when famed dentist Dr. Weston A. Price began conducting a poorly designed research project claiming that root canals lead to prevalent diseases throughout the body. The goal of this research project was to promote the extraction of diseased teeth, but his research has long since been debunked in the scientific and dental communities.

Despite being wrong about root canal treatment having negative effects on overall physical health, however, Price was right about one thing: tooth decay is caused by overconsumption of sugary foods and leaving it untreated can lead to infections and diseases throughout the body.

Myth #3: Pulling a Tooth Is Easier Than Getting a Root Canal

Ask any dental professional and they’ll tell you that tooth extraction should only ever be used as an absolute last resort when it comes to treating an oral infection. Most dentists will go to any means necessary to try to preserve a patient’s natural teeth—and sometimes, that means performing a root canal treatment.

Bridges and veneers are also excellent options, but nothing comes close to keeping your natural teeth intact because these alternatives require extensive treatments and additional care to maintain them.

Also Read: 6 Important Things to Consider Before Getting a Root Canal Treatment

Actually, root canal treatments can last an invariably long time provided that you take proper care of your teeth. Brush twice a day and floss once a day, as well as schedule regular dentist appointments at least once every six months (or as often as recommended by your dentist). As with anything, upkeep is paramount to extending the benefits of root canal treatment.

Also, at the end of the procedure, your dentist will apply a fitted crown that’s designed to prevent bacteria and food particles from entering the hole in your tooth and causing another infection.

Myth #5: Root Canals Are Only Performed to Alleviate Tooth Pain

Once again, this couldn’t be further from the truth. Not all diseased or infected teeth are necessarily painful. Usually, the intensity of the pain or discomfort you feel from an infected tooth is directly correlated to the extent of the infection and how long it’s been left untreated.

Symptoms other than pain, discomfort, and a tingling sensation can also indicate that your tooth may be infected. If you notice a bubbly white pimple-like formation on your gum line near your tooth, this is known as an ulcer or fistula. A fistula is a major indicator that one or more of your teeth are infected in the pulp and may require root canal treatment. The reason you don’t feel any pain is because this is where pus from the infection site (the root of the tooth) is draining and prevents pressure from building up in the affected area. If this is the case, you should visit your dentist immediately.

Myth #6: A Root Canal Means Removing the Roots of the Tooth

Actually, the reason it’s called a root canal is because the infection is located inside the root of the tooth where there are a lot of nerve endings inside a canal within the root. Your dentist will make a small opening through the affected tooth in order to remove the pulp (nerve), which is the source of the infection. Hence, the term root canal. The roots aren’t removed at all, so you might still feel a little bit of discomfort or sensitivity during the recovery phase. But this should subside within the first week or so.

Princeview Dental Group provides a number of oral healthcare procedures including root canals and referrals when needed, emergency dentistry, standard cleanings, teeth whitening, and so much more. Contact us today to book an appointment for yourself or your child!